Now, I’m not exactly the superstitious type, but I really hope that I’m not jinxing anything by writing this so soon.  Not superstitious but absolutely optimistic and the last two nights have been full of fun, optimism, meeting new people, playing against different decks, and generally forming bonds. 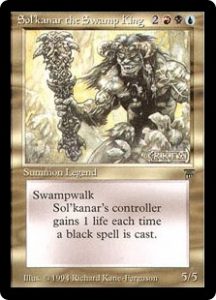 When my regular playgroup first played Old School and came up with this ridiculous website idea, I had high hopes of building something in the Toronto area.  It’s been slow going due to life outside of card games, so I’ve basically only played Old School with those same folks and haven’t expanded much beyond them.  We’ve had 2 or 3 other people come over once or twice, and that’s about it. Don’t misread that as criticism, we play often and it’s a rad group of folks!  Going back to the origins though, I found a blog post about some players in Toronto way back in 2012 playing Old School, which I discovered via the Old School MtG blog and that got me thinking that there must be more players in the Greater Toronto Area (GTA) who would want to play.  I’ve made some posts in the Toronto and Ontario Old School Facebook groups about getting together to play but didn’t have much uptake on those at all.  Undaunted, I’ve still been trying to jam games, write the occasional post, and engage on Twitter with the fantastic #OldSchoolMtG community. 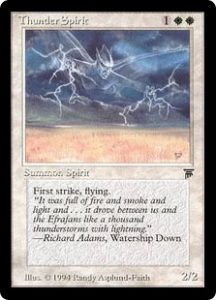 This week, I’ve had not one but two opportunities to get out and meet fellow lovers of old cardboard to play Magic!  Monday night, I met up a stranger from Facebook at The Bar with No Name, a place that has regular Drafts and has a bit of a MtG theme to it, and after some quick introductions, food and drink orders were placed and we got down to it. He was on a Powered uW Flyers build whilst I started out with my Wolf Tribal deck. We played a few games, all of which he won, and then I switched over to my pet Candleflare deck for a few more games.  Turns out that that deck of mine wasn’t actually a deck anymore as it had been pillaged and tweaked and as such only had 17 lands in it.  Needless to say, I got run over in our four Strip Mine world, but enjoyed it nonetheless.  Unfortunately, I didn’t get any pictures that night as I was too caught up in enjoying the moment, but I wish I could have captured the sequence of two Serra Angels in play, swing for 8, Time Walk, swing for 8, because that was so good!

One of the exciting things to happen that night was having other patrons, as well as the wait staff, come over and talk to us about old cards, the format, what formats they play, and their own origins in Magic.  One dude went so far as to go out to his car to retrieve some pre-Shards of Alara decks he had out there, but he never returned to show them to us. 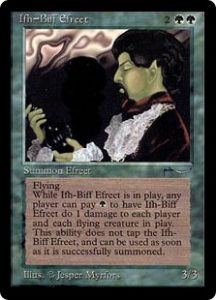 Then Tuesday night, the stars finally aligned for a twitter friend, Owen, and I to actually get out to play!  We’ve been talking about it since June-ish, iirc, but being husbands and dads means that getting out to play cards isn’t always… well, in the cards.  But last night it happened.  We met up at Snakes & Lattes, a local gaming bar/cafe, and we were joined by my old friend Jonesy who lives around the corner, and was able to get out despite also having a little kiddo.  Dads of the Magic community unite!  As with Monday night, drinks were ordered and we quickly decided to just play three person free for all, rather than having one player sit out every match.  Loads of decks came out this time!  I had three with me, the aforementioned two plus my White Weenie deck, Jonesy is on a Troll Disco build, and Owen had mono-black Bad Moon, mono-red Orcs and Goblins, mono-green artifacts, and a final deck that I think was UW flyers, iirc.  Most of the games were really between Owen and Jonesy, although my Wolves did have a decent run vs the more controlly decks.  We got to see an Ifh-Bíff Efreet do a bunch of damage to everyone, a Rocket Launcher get in for some damage, lots of Chaos Orb flips, so many Strip Mines, Guardian Beast and Disk doing their thing together, and generally see old cards having fun.

The last game of the night saw Troll Disco vs Mono Red Orcs and Goblins vs White Weenie, and it was such a wonderful showcase of Old School possibilities. My turn one was very strong, Plains, Sol Ring, Chaos Orb, and I resolved an Argivian Archaeologist on turn 2, really hoping to be able to dig up my Orb a time or two, but sadly the Archaeologist was struck down by Lightning and buried alongside the artifact they never had a chance to discover.  Nonetheless, the next turn saw me resolve Shahrazad, a card that all three of us were excited to see.  So, we three, all at 12-13 life, set aside that game and started the subgame.  My hand was 4 Plains and some removal, so I stuck with it, despite not having any real threats.  Loads of back and forth, Orcish Artillery getting in and doing some serious damage, a Mana Clash that did a combined total of 8 damage between myself and Owen, multiple Disks being cracked, an Armageddon clearing the fields only to be followed up by a Disk to completely reset the subgame.  I mean, this is what Magic is really about folks.  In the end, I managed to win the subgame, taking them both down to 6 life, and eventually sealed the deal with double Crusades in play.

As I mentioned above, lots of dads in the Old School world, which I find very relieving.  For folks without kids, it’s not as easy to empathize and understand how fickle children can be, resulting in it being difficult to make and hold plans.  Of the limited number of players I know, three of our regular players (myself included) have kids, and the two fine gentlemen I met this week also had kids, both of which were basically in the same age ranges as my own kids.  I find it personally very reassuring to have a community of people who I can bond with over sweet old cards while also being able to empathize and share our stories of having children and how that alters our lives.

To bring this back full circle, we’re going to try and get a semi-regular schedule going for games here in Toronto, most likely Monday nights around 9pm, at Bar with No Name.  They don’t have a lot of space or the best lighting, but for the immediate future, where I foresee our numbers being in the <8 players, it should suffice, and unlike S&L, it’s free so long as you buy food and/or drinks.  Keep an eye on the site for the next dates.

2 thoughts on “A Promising Start Towards Toronto Community”