Last night, Monday 5 October, a group of strangers (well, some friends as well) met up at Bar With No Name here in Toronto to play with 25 year old cardboard.  Leading up to it, I was worried that people wouldn’t show up or that too many people would show up for the space.  We were lucky in that the bar was pretty quiet when we arrived, so we were able to carve out five tables for the ten of us to play.

I arrived to see my friend Chris already hanging out with a fellow old schooler, Joel, so I joined them and chatted for a few.  The few became more, and it soon became evident that it was time to claim our tables, order some food and drinks, and get things going.  In total, we had 9 players and a spectator, with 3 of them being total strangers who heard about it via DaveFirthBard‘s Reddit grooming, posting in FaceBook groups and of course twitter, whilst the others were from my regular playgroup.   I have to say that having your friends show up for you and be present when you’re expanding beyond the usual comfort zone is pretty amazing and went a long way towards making it such a good night.  Unfortunately, I only had the chance to play against one of the new people, who builds mostly Swedish legal decks, so they were gorgeous.  A UW flyers list, complete with Alpha Serra Angels (!) and a Moat, which caught it’s demise on camera.

Retribution came swiftly though as I believe I lost all of these matches and then faced off against his Atog deck, where I recall being hit in the face multiple times by Orcish Mechanics hurling artifacts at me.  They are quite reactionary, those Orcs.

We basically closed out the bar, meaning we played for fiveish hours and I’m pretty sure we treated the bar staff pretty well while we were at it.  It wasn’t all games though as a lot of us voiced opinions on when we can do it again, how often, where at, what rules, etc.  It seemed like Monday nights were pretty decent for most people (sorry Joel’s board game night!), so we’re going to go with every other Monday, 8:30 pm, Bar With No Name, until we outgrow their space.

I want to thank all of you who came out, shared trade binders, waxed nostalgic on old cards, and contributed to figuring out what we want to do up here in the North.  A huge thanks goes out to Joel for literally giving me the playmat from under his cards, and not just any playmat.  Pictured w/ a beautiful Sorcerous Queen I picked up in exchange for the Strip Mine. 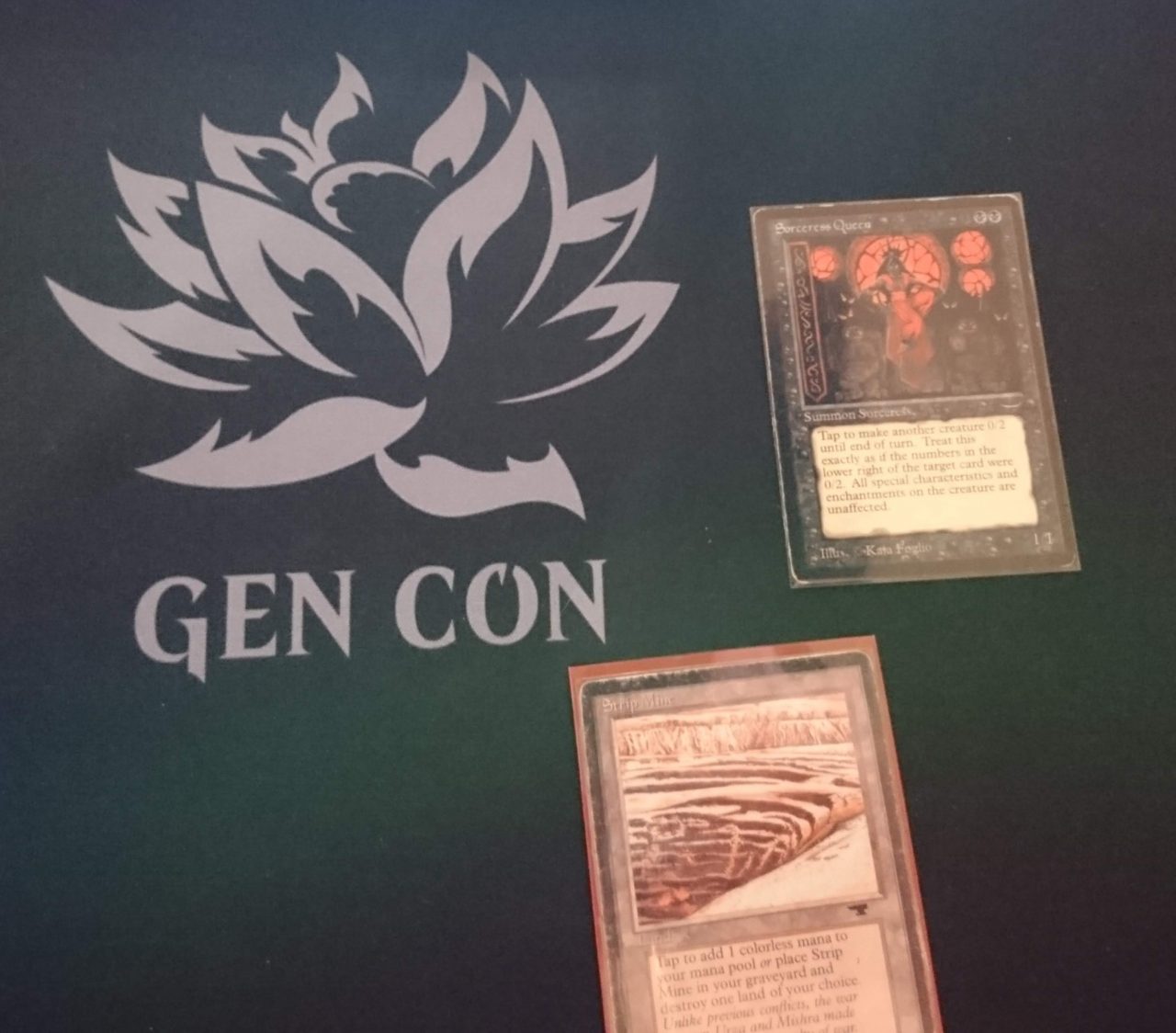 And finally, here are a couple of other pics from the night: